Today, after years of meticulous planning, Red Deer's historic Riverlands District is one step closer to becoming a reality after the Mayor of Red Deer unveiled the district's new identity: Capstone.

This visionary new urban community is nestled along the banks of the Red Deer River, and next to the city’s historical downtown core. With a focus on offering great spaces to live, work, play and unwind, Capstone will become one of Red Deer’s most innovative, balanced communities.

Capstone at Riverlands, one of three districts to be redeveloped in greater downtown Red Deer, will be a landmark mixed-use neighbourhood. The catalyst of this project was the City’s desire to continue to improve and revitalize Red Deer into a welcoming and modern destination for people to enjoy.

“Capstone will create a unique experience in Red Deer,” said the Mayor of Red Deer, Tara Veer. “The name means crowning achievement and culmination, which speaks to the essence of the neighbourhood. By giving Riverlands a fresh, distinguished new persona, we are officially welcoming a new era of this district, allowing us to turn the page from planning to implementation.”

As a growing city of more than 100,000 citizens, The City of Red Deer is putting an increased focus on economic development and subsequently, the redevelopment of the downtown district. The redevelopment of Capstone is anticipated to take many years, and will include a mix of condos and townhomes; commercial development, including hotels, office space, shopping and dining; riverfront gathering areas; proposed cultural facilities such as a public market, and artist studios; unique green spaces and water features; and, enhanced trail connections to Waskasoo Park and a proposed bridge over the river to Bower Ponds.

“An authentic and vibrant community is made up of people first, and today’s celebration brings together residents, businesses, government officials and several stakeholders to mark this milestone and ultimately celebrate an increased focus on economic development,” added Mayor Veer. 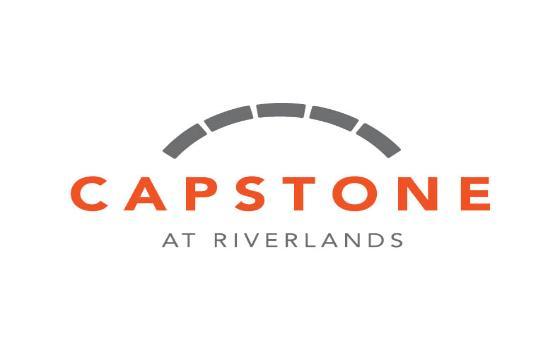 Capstone District currently consists of City-owned and privately-owned land. The City owns approximately 25 acres of developable land that will be made available for sale in the fall through a tender process.

Back to Capstone News

to be the first to receive exclusive News and Updates on Capstone.

Thank YOU for your input! The winner of the iPad Air Survey Contest is...

Work Ramping Up This Spring in Red Deer's Capstone

Spend a Day in Capstone